I recently required the functionality of creating a single, persistent local spatial anchor on HoloLens2. The purpose is to provide stability and a persistent real-world location for a hierarchy of 3d model content. In this case there was no need for compatibility with other device types or for persistence across application instances. As a result Azure Spatial Anchors are not really needed and everything can happen locally on a HoloLens2 device without network access. In addition, for my use case only one anchor was needed as the content is relatively small-scale and all bounded within a 3m radius.

For other scenarios, such as cross-device sharing consider Azure Spatial Anchors and if you need to anchor larger holograms then look at the World Locking Tools.

It is worth noting that since the last time I looked the APIs for this stuff have changed; I recall adding a script WorldAnchor to a gameObject to associate it with a spatial anchor and then using WorldAnchorStore to persist the anchor.

In order to access the correct APIs you would need to add the OpenXR plugin (I used the Mixed Reality Toolkit feature tool to do this).

The newer APIs we will use for this post are:

Also, there is an official sample here upon which this post is based but is slightly simplified here as required for my simpler scenario.

First, I created an AnchorScript.cs and added it to my scene.

The ARAnchorManger and ARSessionOrigin and both in ARFoundation and will get added automatically when adding AnchorScript to a gameObject since they are required components. The AnchorScript itself references 3 items:

The small axis mesh will show where there is currently a local anchor.

If you close the app and restart the anchor and the content will be positioned relative to where you left it.

The Map Manager part of the HoloLens developer portal provides a view onto the anchor store. You can use this to diagnose creation and deletion of anchors and save/load maps and anchors. 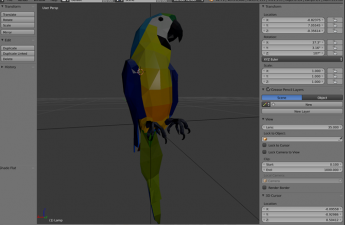 1 thought on “HoloLens2 local anchors with OpenXR in Unity”